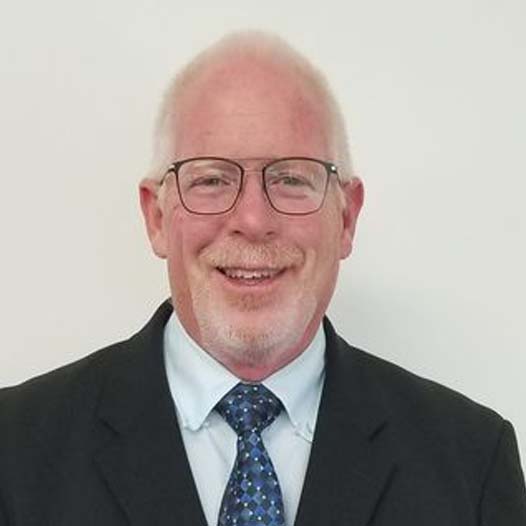 Pastor Mark was born and raised in Mishawaka, In. where his family operated a gravel pit business. He was saved at the age of four and his family attended a Grace Brethren church through his growing up years. Being interested in music and specifically classical piano, he graduated from Indiana University with a piano performance degree and had his eyes set on studio musician work.

God intervened shortly after being married to his wife, Diane, when a church internship provided some ministry opportunity which the Lord used to direct him into full time ministry. He served in various ministry capacities for 16 years in southern Michigan, before God moved his family to northern Michigan as Awana Missionaries.

In God’s providence, opportunity to serve the Lord as Pastor of Dover Bible Church came in 2016. Mark still enjoys playing the piano, arranging hymns, and sharing stories about the adventures of growing up at the gravel pit. In his spare time he “relaxes” with his wood working shop projects. He and Diane have 8 adult children, and 18 grandchildren. 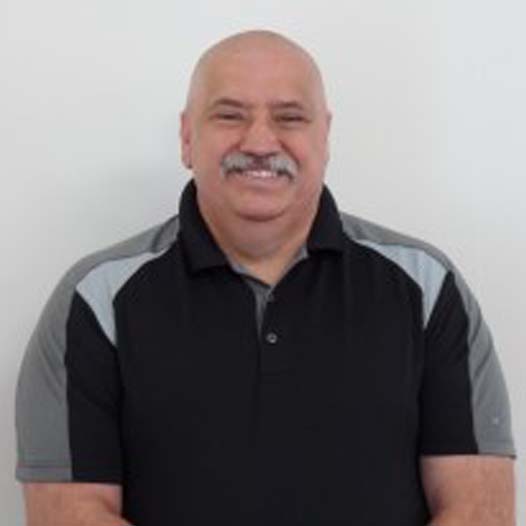 Chuck has lived his entire life in Newcomerstown. Ohio and was saved in 6th grade. He has been attending Dover Bible Church for over 25 years and was baptized there in 2002. He and Cindy, his wife have a 27-acre hobby farm with donkeys, miniature horses, dogs, and a koi pond. He loves teaching and playing with the Awana clubbers at church on Wednesday evenings 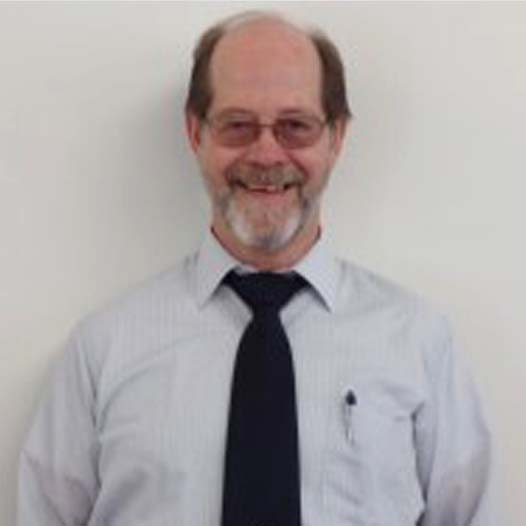 Robert grew up in a Christian home and attended Canton Baptist Temple where he accepted Christ as his Savior at the age of 8. After high school he enlisted in the Air force where he was a computer operator. Using this training he worked various jobs as a Quality Technician. After his work brought him to Dover, he met his wife, Carole and they were married in 1987. They joined the Dover Bible Church in 1994. Robert has been the church Treasurer or Assistant Treasurer since 1997 when he set up the accounting software. Though he prefers to be in the background serving, in more recent years he led the congregational singing and over saw the Nursing Home Ministry. In his spare time Robert enjoys riding his motorcycles and hunting groundhogs. 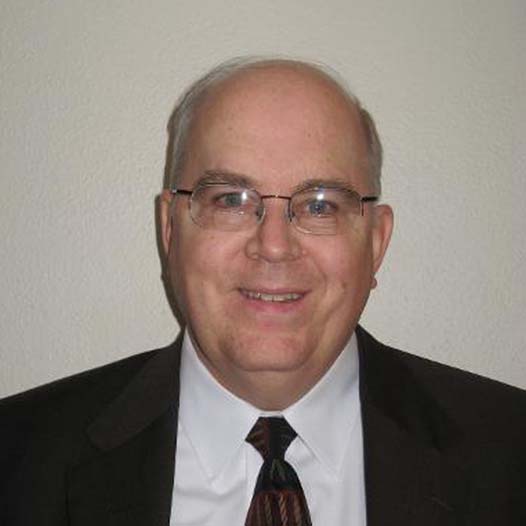 David Jones is from eastern PA, came to Christ after a backyard Bible Club at the age of 6 and sensed a clear call to the ministry in his 5th grade year. He has served as a pastor in 4 churches over 39 years in NY, PA, and WV and is currently serving part-time as Manager of Chaplaincy Services for Stonerise Healthcare, a faith-based WV company that oversees 17 nursing facilities and 10 home health companies. He has written 7 books on Care and Finances and currently writes devotionals for Stonerise.
He met Debra at Lancaster School of the Bible and married her in 1974. They have one son, David, who with his wife, Sara, have blessed them with 3 young grandchildren and live in Dover, Ohio. 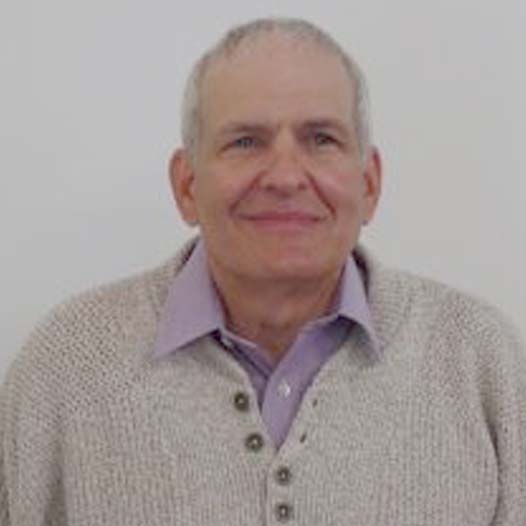 Steve has attended Dover Bible Church for 35+ years and serves the Lord as a deacon, Sunday School Teacher plus he oversees maintenance and repairs. He is married to his wife, Karen and they have 2 fur babies, Cyrus and Pearl Ann.
Steve is co-owner of Blasenhauer Plumbing & Heating LLC, which keeps him very busy. In his free time he does enjoy reading, diving, hunting martial arts and theater. If you know Steve at all you will know he loves God and his country.. 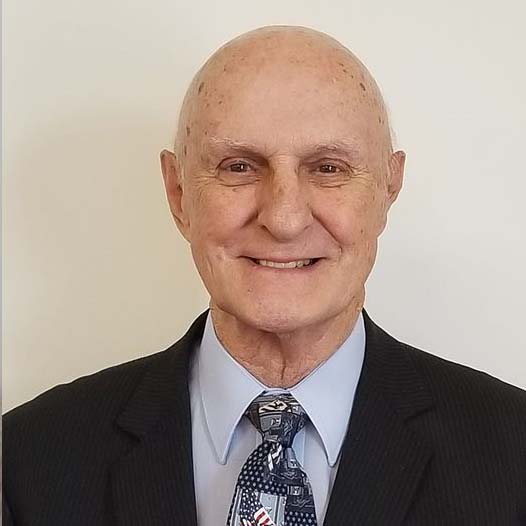 Ken accepted Christ as his Savior after being witnesses to be his older brother. His brother would often quote Ephesians 2:8,9 to him. Ken was under conviction but kept thinking he needed to clean up his life first. Finally at a little Baptist Church he trusted Christ as his Savior. Ken has served in the church as a deacon, Sunday School Teacher and Nursing Home Ministries.
Ken was married to Blanche for 56 years before she went home to be with the Lord in 2018 and they have 4 adult children. 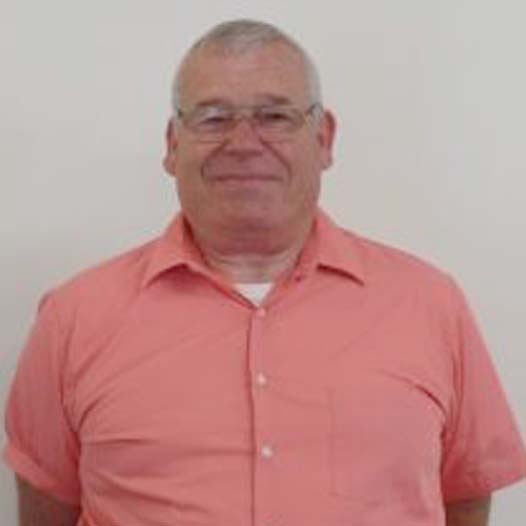 ​Tom has lived in Strasburg his entire life. He served in the Army in the late 60’s and married Judy after his discharge. It wasn’t until they had been married several years and had 2 children that Judy and the children started attending Dover Bible Church.  As the children grew older, they would beg him to go to their special events at church.  He  did  end up going and he heard the gospel for the first time. The Lord worked on his heart, and he accepted Christ as his personal Savior on Easter Sunday.

Since that time he has been active at the church serving in the Sound Booth, as a Deacon and keeps the grass mowed and our grounds looked pristine. 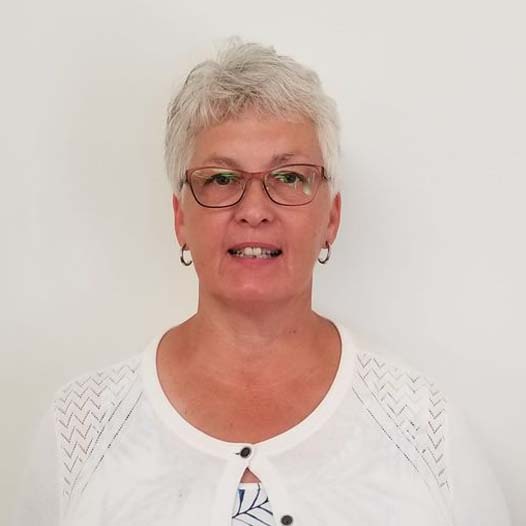 Diane accepted the Lord in Sunday School at the age of 8. From 3rd grade through High School she attended a small Christian School where she met her future husband, Mark. They became friends and eventually high school sweethearts. They were married in 1977 and proceeded to dedicate their lives to full-time Christian service. They served the Lord in 2 churches and as Awana Missionaries prior to coming to Dover. They have 8 children and 18 grandchildren.
Diane enjoys serving the Lord with her best friend and husband. After working in Veterinary field for 20 years she is now using her administration/receptionist skills in the church office. She enjoys being outside biking, hiking and swimming with Mark and their grandchildren.

Carole was saved as an adult after she and her husband, Robert started attending Dover Bible Church in the early 1990’s. She served as church secretary for 20+ years and has been involved in the children’s and teen ministries. She currently serves as the Financial Secretary and works at the Y part-time at the Member’s Service Desk.
Carole’s favorite hobby is stitching plastic canvas and she has stitched a beautiful Christmas Village along with many gifts for others to enjoy. In her free time she enjoys spending time with her 2 granddaughters.