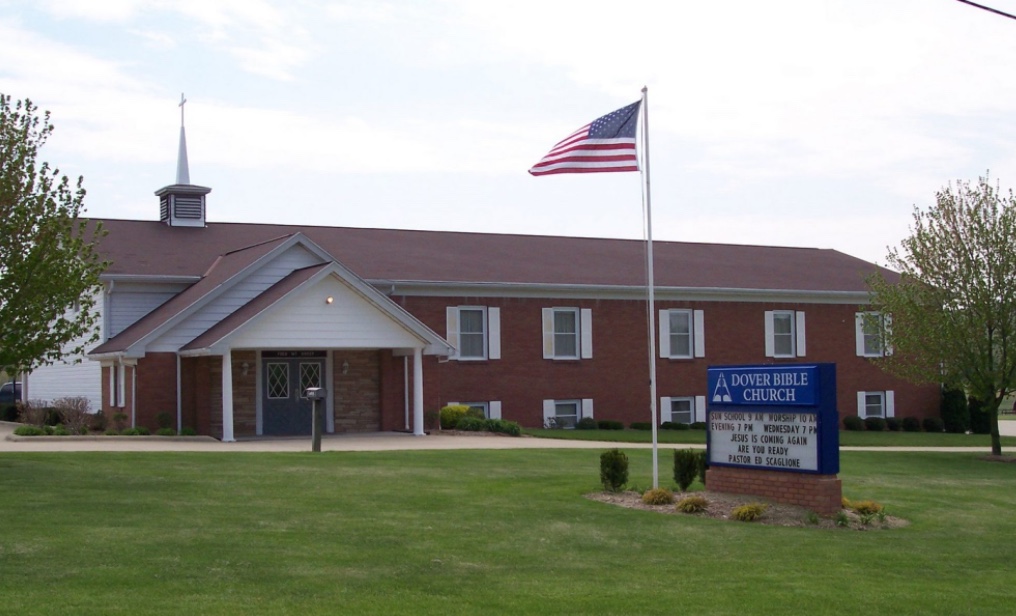 The History of Dover Bible Church

The founding of Dover Bible Church goes back to June 1943 when Rev. Grover E. Smith left the Evangelical United Brethren Church to begin an independent church, faithful to Biblical teachings.The new church was located at 415 East Front Street, Dover in what was once a grocery store as well as a home. Pastor Smith served faithfully at the church until 1961 when he retired. Pastor Robert G. Wood, served for about a year and then some IFCA pastors helped to keep the church open. In 1963, Pastor Carl Petters was called to pastor the church. In 1974, the church had grown to such an extent that it became necessary to buy land and build a new structure. Five acres of property, located just two miles from the edge of Dover, were purchased and one year later, the first service was held at 4173 Minard Road, Dover, Ohio.

Dover Bible Church was built mostly by its members, and in 1989, the church purchased five additional acres and added them to the property. In 1979, Pastor Petters resigned, and in July 1979, Pastor Ed Scaglione was called as interim pastor. He became the permanent pastor in June 1980. Pastor Scaglione served until his retirement in June 2013. The same month, Pastor Luke Holt began his ministry and served until December of 2015. Reverend Mark A. Britton was called to pastor the church in June 2016, and he has continued to faithfully serve.